A Matter of Life and Death Festival 2019 launched 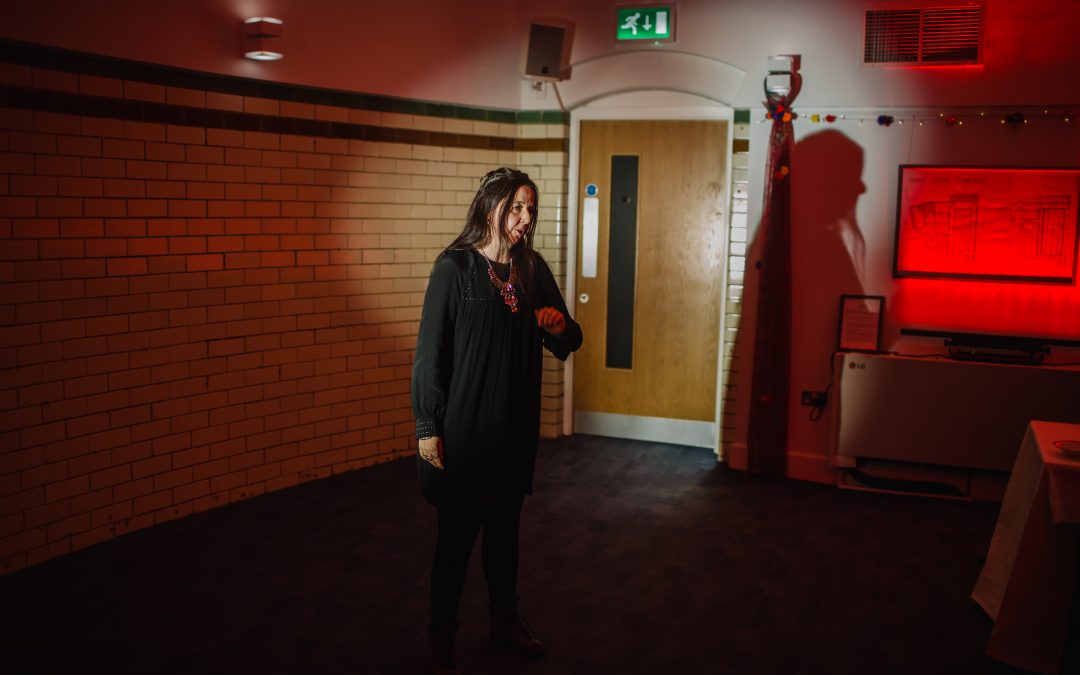 Monty Python’s Life of Brian, a night-time tour of a Victorian coffin-making factory, an open day at a crematorium and an art competition for children are all on offer at this year’s A Matter of Life and Death Festival.

The festival, between May 10-18, features events for people of all ages across Birmingham and the Black Country. Many of the activities are free and all aim to use the arts to encourage open and honest conversation about death and dying.

Organised by the community interest company BrumYODO, this is the fifth year the group has held events in the city and the third year since it launched its large-scale A Matter of Life and Death festival.

“Every year more and more people are coming to A Matter of Life and Death,” says BrumYODO chair Anna Lock. “And every year we are able to offer a range of fun, fascinating and fabulous events for both adults and children.

“We are delighted that so many venues and organisations across Birmingham and the Black Country are joining us for this year’s festival and holding so many different events and activities. We know from our previous festivals that using arts and culture can open up conversations about death and dying and we look forward to many rich discussions this year.

“It is interesting how these events can foster these discussions – even Monty Python because Life of Brian’s signature tune Always Look on the Bright Side of Life is one of the most requested songs for funerals!”

Coffin Works launches the festival on May 10 with a Funeral Study Day packed with talks and activities. The centre will also host a night-time tour of it its premises in the former Newman Brothers coffin factory and launches a new Death and Literature Book Group as part of the festival.

Coffin Works writer-in-residence Laura Joyce, who is organising and hosting many of the museum’s events with colleagues, says: “I am really excited to be part of A Matter of Life and Death this year as it is such an interdisciplinary and highly unusual festival. I am indebted to BrumYODO for the amazing work that they do throughout the year but particularly as they put on the festival.

“Drawing on a rich cultural history of the representation of death in the arts, I hope to create contexts for participants to develop creative and expressive responses to that most taboo of subjects. I am grateful to BrumYODO and to A Matter of Life and Death for including me in this amazing programme of events and to Coffin Works for hosting my residency and giving me unlimited access and support.

“I hope that participants at each of the events will be able to break the taboos associated with the topic of death and that they will be able to explore their own mortality in a supported environment.”

Annabel de Vetten of Conjurer’s Kitchen also returns to the festival with a movie Taste-Along to Life of Brian at the Electric Cinema. Taking place on the evening of May 10, the Taste-Along offers viewers the chance to eat delicious treats inspired by the classic comedy while watching the film.

Birmingham Museum and Art Gallery opens its doors to the festival on May 11 with free tours The Art of Death, exploring items from across the world linked with death, and Tales of Acquisition, looking at items left to the art world in legacies. On May 18 BMAG also hosts a talk on Park Street Burial Ground which is currently being excavated ready for the new rail line HS2.

The Barber Institute at the University of Birmingham will host free Memento Mori workshops looking at selected art works which inspire us to consider mortality on May 13 and 17.

There will also an opportunity for people to plan for their funerals, learn more about wills and take part in craft activities with a series of talks and events at John Lewis Community Hub during May 17 followed by an open day at Sandwell Valley Crematorium on May 18.

And Birmingham Hippodrome is to host the show Orpheus, presented by The Flanagan Collective with Gobbledigook Theatre. The show is a modern re-telling of the Greek myth in which Orpheus visits the Underworld to rescue his love Eurydice, using spoken word and music.

For children there is an art competition organised by John Taylor Hospice and Oikos Café, both in Erdington. Youngsters are being asked to paint, draw or make a collage of a special moment with winning artwork being featured in an exhibition at Oikos Café during May. There will be a celebration of the artwork and presentation of prizes during an Evening of Creativity organised by Erdington Café Arts on the evening of May 17.

Other events include Death Cafés, Story Tea with storyteller Pyn Stockman sharing folklore-inspired tales on May 15 and the Soul Midwives and End of Life Doulas in residence at Midlands Arts Centre on May 16.

A Matter of Life and Death is sponsored by Silks solicitors, Solicitors for the Elderly and STEP, the international professional advisors’ association. For the full festival programme and more information on all of the events see https://brumyodo.org.uk/events/