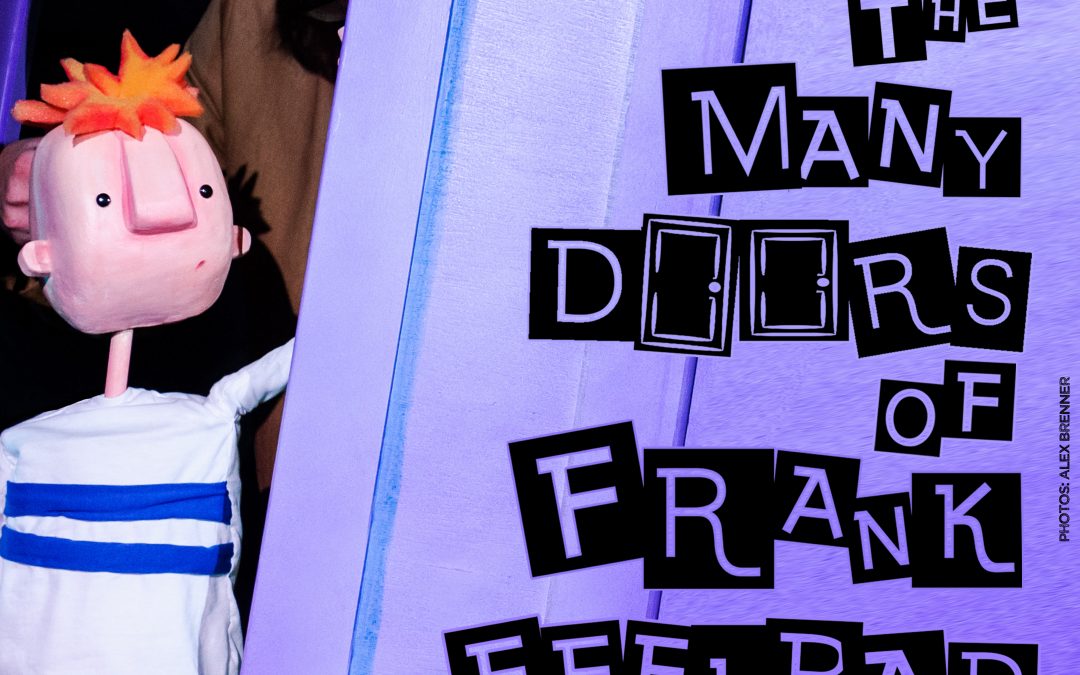 On Saturday 12th May Bootworks Theatre Company will be bringing their fantastic new show ‘The Many Doors of Frank Feelbad’ to Birmingham as part of our festival ‘A Matter of Life & Death’ 2018. The show will be performed in the Children’s Library at the Library of Birmingham and performances will take place from 12.30pm – 1.30pm and 3pm – 4pm.

In advance of the festival, Diane Parkes spoke to Bootworks Theatre Company co-artistic director James Baker about the show…

“A group of excited children are hunting for giant jigsaw pieces, dancing and talking to puppets. The youngsters are in a world created by Bootworks Theatre Company in which they’re helping one little boy Frank, who has lost his mum.

This is the world of The Many Doors of Frank Feelbad, a touring show created for four to seven-year-olds which promises to be lots of fun for children and adults – but with a serious message underneath.

Because what do we mean when we say Frank has ‘lost’ his mum?

The show, which was created three years ago after extensive work with psychologists and hospice staff, is actually about the topic of death and dying and uses Frank’s story to encourage parents to talk to their children about these issues.”