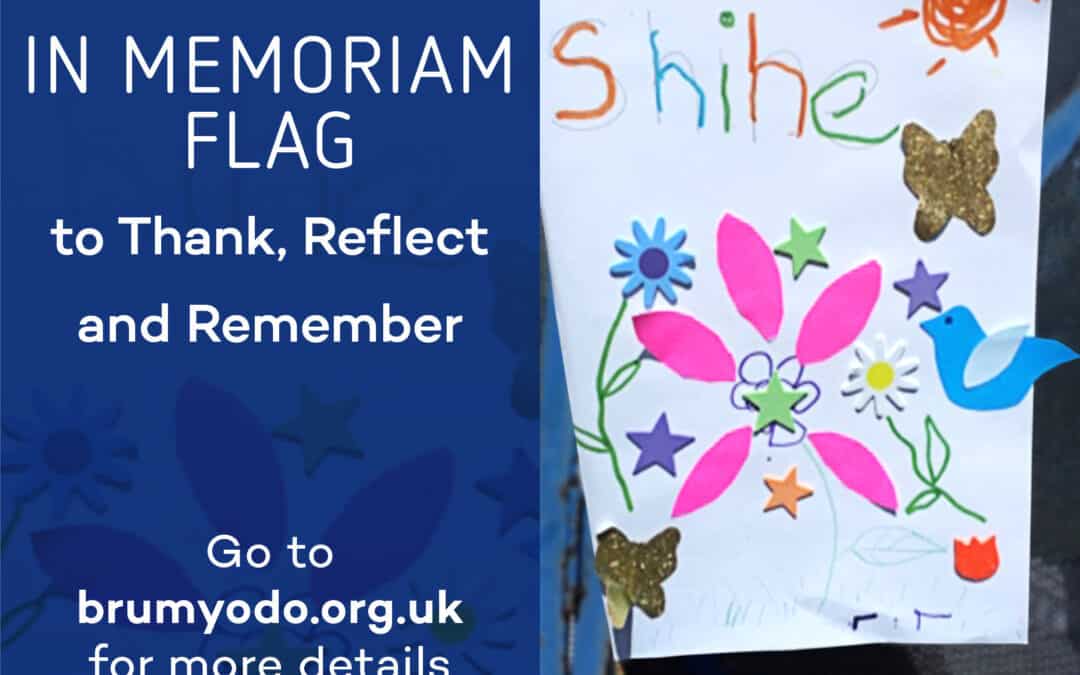 On a sunny day in the shadow of the tower blocks in Ladywood, we set up tables outside Ladywood Community Centre. Having promoted the fact we would be making flags to those coming for food parcels at the Food Hub, we were unsure how many, if any would arrive, but after just a few minutes mums started to arrive with their young children.

The children quickly engaged, choosing how they would decorate their own flags including what colours, shapes, and words to use. Guided by local artist Margaret Murray, they cut out butterflies and flowers, drew pictures and stuck on stickers. At one point there was silence as the children concentrated so hard on drawing, colouring, cutting out and sticking. As the children focused on the task in hand, the mums chatted.  The children’s excitement grew as they were helped to attach their pictures to canes and their flags were ready to display.

So why had we invited these children to create flags?

From the 8-16 May, BrumYODO and Birmingham Hippodrome will be presenting the artwork In Memoriam by internationally renowned artist Luke Jerram in Aston Park. In Memoriam is an outdoor installation featuring 120 flags made from bedsheets, aiming to commemorate people who have died from COVID-19 and pay tribute to NHS and other health care workers. Alongside our presentation of the artwork, we have also developed a flag-making project and are inviting people of all ages across Birmingham to make their own flags at home or at school inspired by In Memoriam. Flags can be made from paper, fabric, and other easy-to-gather materials.

The children at Ladywood Food Hub produced flags that couldn’t fail to make you smile. They decorated them with hearts, flowers, and stars. One little boy drew a beach and the sea. One little girl used the word ‘Shine’, a word she had on the sweatshirt she was wearing. A little boy wrote ‘Beautiful’, while another wrote ‘flowers’, ‘stars’, ‘sun’ and ‘water’.

The only upset came when taking a flag away to photograph as one child didn’t think he was getting it back. His tears quickly stopped on return of said flag!

People passing stopped to admire the flags the children had made.

It was only afterwards that I learnt that all those who had taken part were Somalian and Afghan refugees. The children took their In Memoriam flags home with them, ready to proudly display in their homes, on the balconies of the tower blocks where they live and to show to their schools and nurseries after the Easter holiday.

As more and more individuals, schools and community groups take up the invite to make flags inspired by In Memoriam I’m looking forward to seeing more great flags across Birmingham.