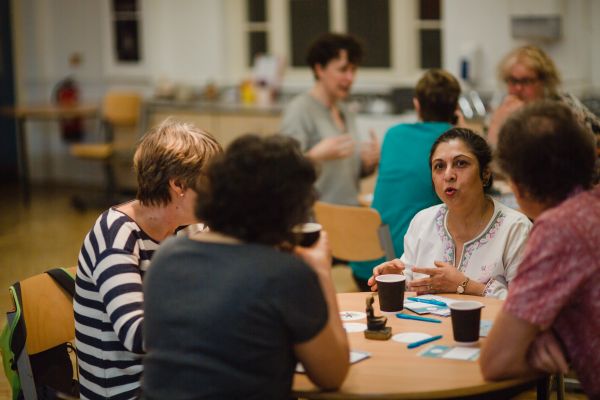 The North American statesman Benjamin Franklin is credited with creating the immortal quote ‘ in this world nothing can be said to be certain, except death and taxes’.

It has become a well-known adage and yet, despite the absolute certainty that we will all die, we shy away from discussing it. Death might appear in daily movies and television, we might see it on our news in various guises, it’s frequently the main subject of a good thriller but real death just isn’t
polite conversation.

We fictionalize death and dying, we cry at films, we mourn when our favourite soap stars are killed off, we rack our brains to work out whodunnit. But ask us to think about our own mortality and
suddenly we go quiet.

And open and honest conversation in which we discuss our choices around death and make those choices known is so important. Because if we don’t talk about these things how is anyone supposed to know?

I once went to an event where everyone was asked to put their hands up if they had planned the songs for their funeral. Then to keep their hands up if they had told anyone their choices. It was amazing how many hands went down between the two. And let’s face it – if you’re after Meatloaf’s Bat out of Hell and haven’t told your loved ones you might just get Frank Sinatra’s My Way or Robbie Williams’ Angels instead!

During Dying Matters Awareness Week, those of us involved in BrumYODO will be working hard to encourage people to have these conversations. Through performances, talks, tours and Death Cafes we’ll be telling people that it does matter how we die.

And so our challenge to you is to open up that conversation. Ask the people you love most what choices they would like around the end of their lives. Tell them if you have any specific thoughts for yourself and take a bit of time to look at what is available and how you would access it.

Choices are myriad if we just look for them. For example did you know you don’t need to be buried in a wooden coffin? You might opt for a willow or cardboard coffin or you could not bother with a coffin at all and go for a shroud.

And did you know that roughly 50 per cent of people die in hospital? That’s despite the fact that roughly 70 per cent say they would prefer to die in their own homes. Or that nationally one in four people who could benefit from hospice care aren’t currently accessing it?

These are the reasons why we need to open up the conversations around death and dying. By doing so we can be informed, we can make our own choices and we can even influence local and national policy.

During Dying Matters Awareness Week set yourself the target of at least one frank and honest
conversation about death. And once that conversation starts who knows where it might lead you?